Having used a SEA BEE system during the 60’s and 70’s acquiring some units in various stages of disrepair from one of my dive shop closing down sales I started to research on the history of SEA BEE.
The history tab goes more in depth to what I found out.
I did not want this brand of magnificent diving units to just disappear into the realms of “never heard much about it”.
I now have a rather extensive range of units and components to repair these units.

The following are some of my collection:
The MAXIFLOW is believed to be the first second stage unit on which following units were based.
I am only aware of three of these units still around.
The first stage pictured here is the model 200800 MK2 first released May 1957. (also refer to the section on 1st Stage Regs)
To date I have not seen a MK1 but 1250 units were made between July 1954 and April 1957. 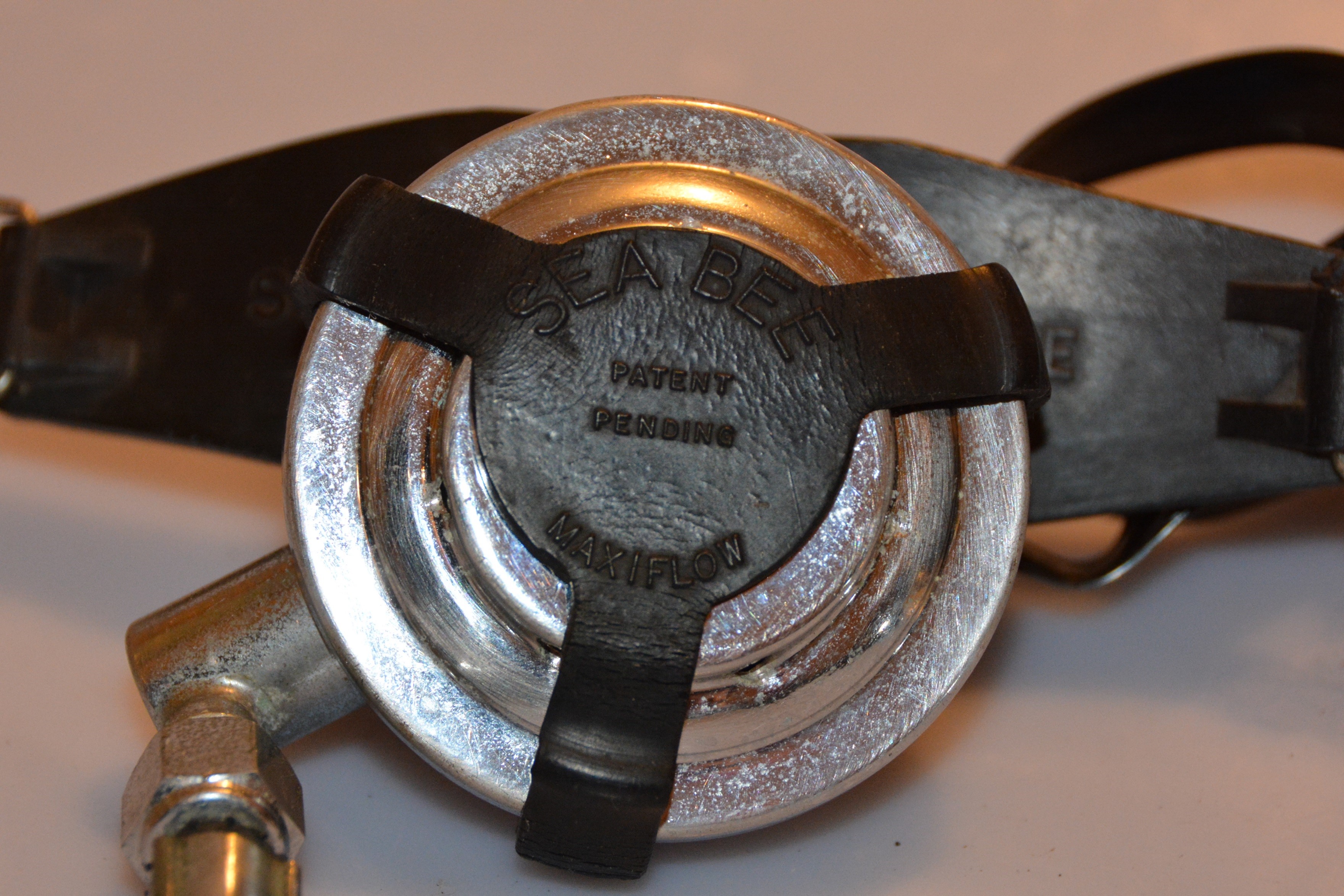 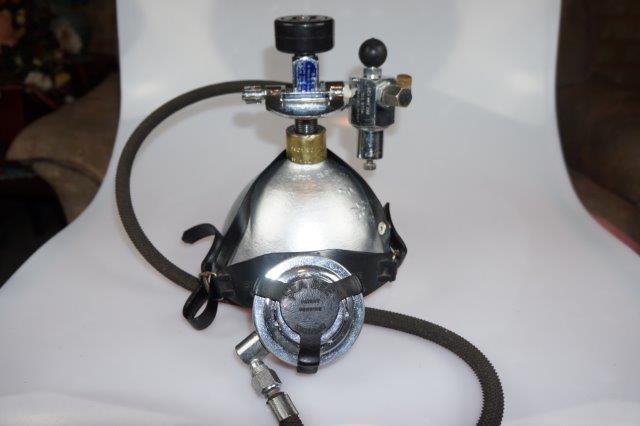 The next 1st Stage became very popular being the MK3 which was produced from 1959 to 1970. Even though there were other model made during this period some organizations still required this model for their divers. The Series 4 followed which looked basically the same but only lasted during 1962.
The 2nd stage to follow the Maxiflow was branded SEA BEE. Based on the same system as the Maxiflow but with exhaust out each side of the face. These were made in both Upstream and Downstream. 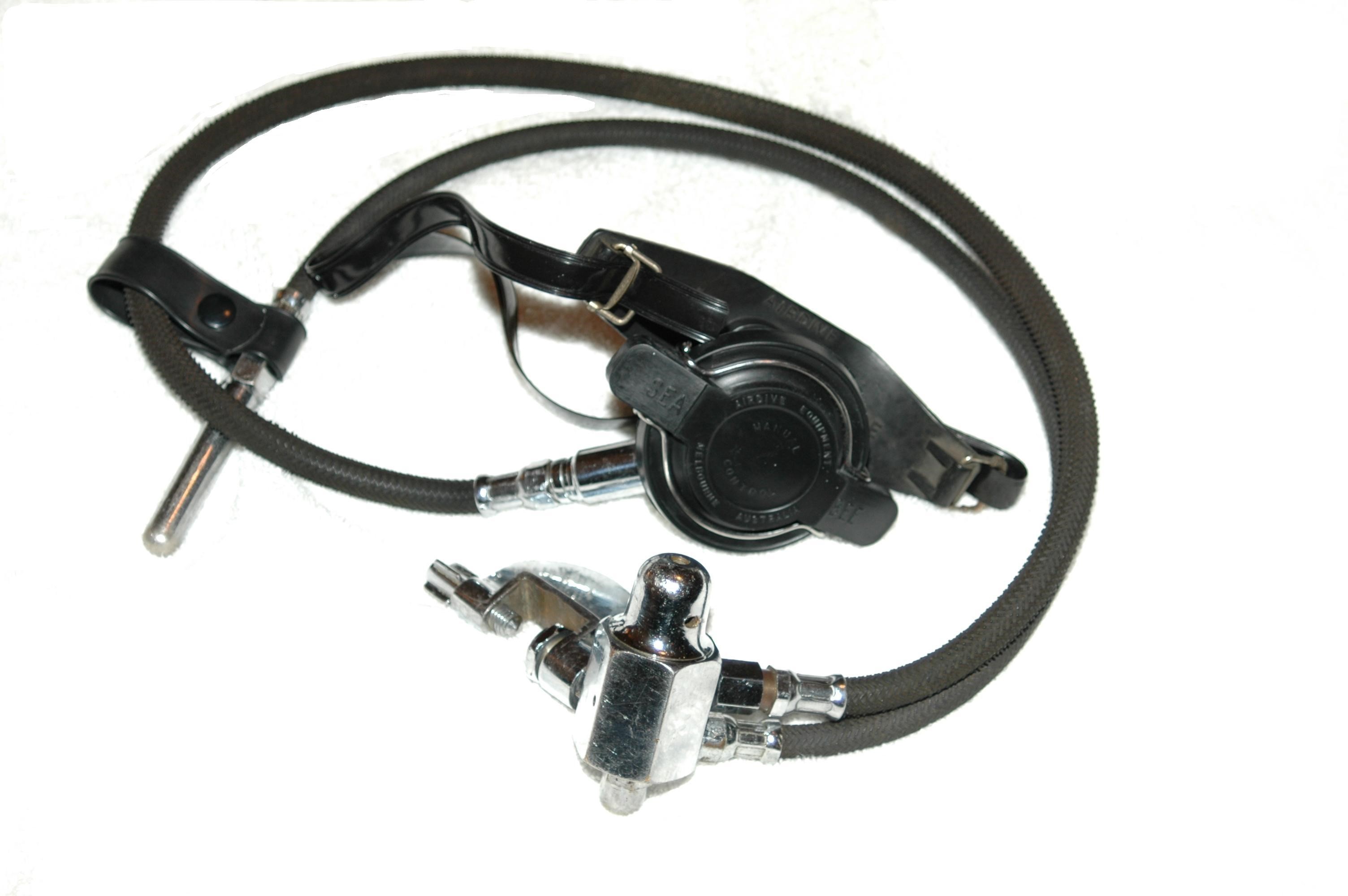 This was followed by a totally different designs for the Series 5 onwards.
A change to the 2nd stage saw the removal of the wire clip to hold the cover on and a fully moulded cover with AIRDIVE branding which wrapped around the unit. Marketed as ENVIRO 2000 it had a new adjustable orifice to help the exhaust, new seat and stem assembly. 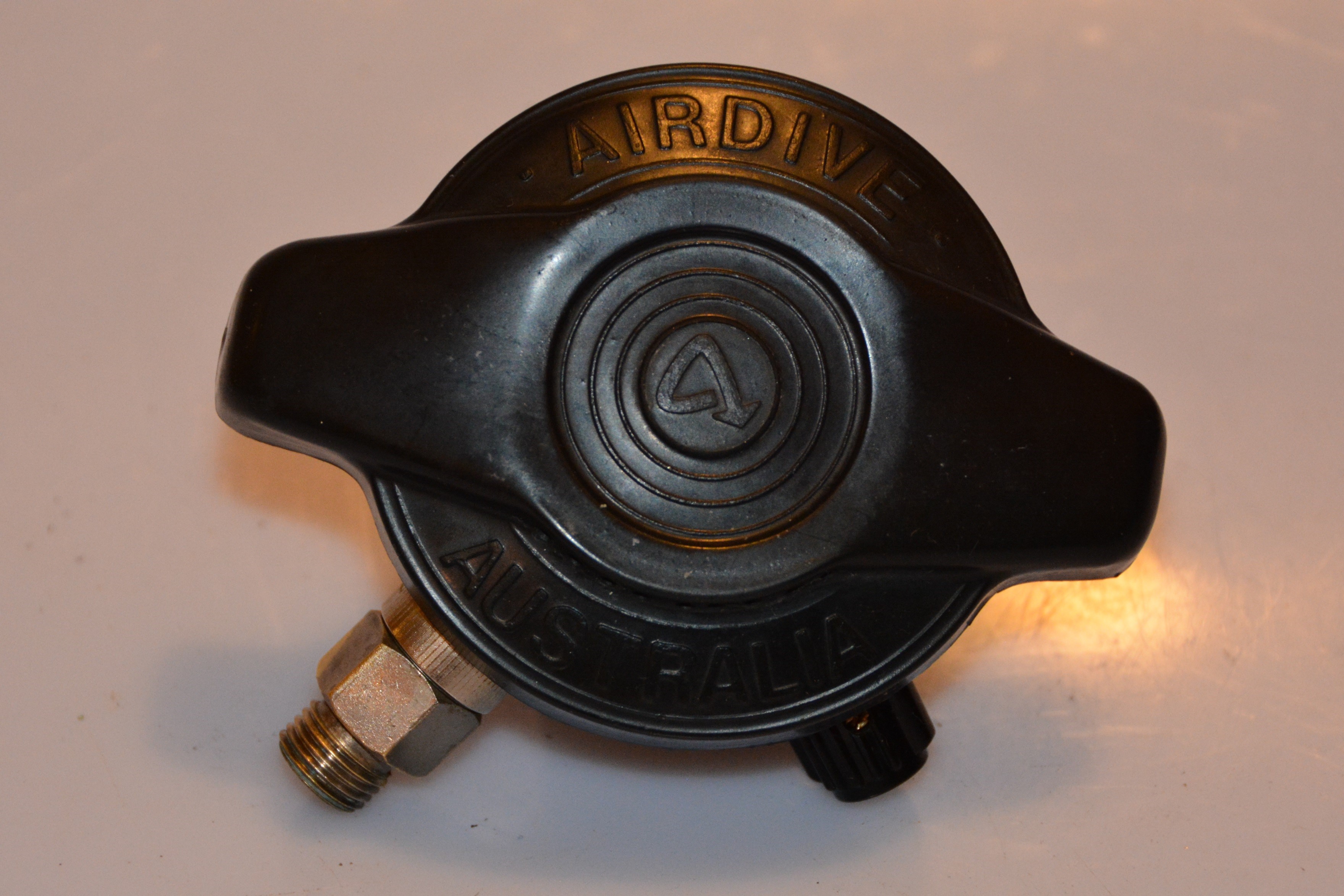 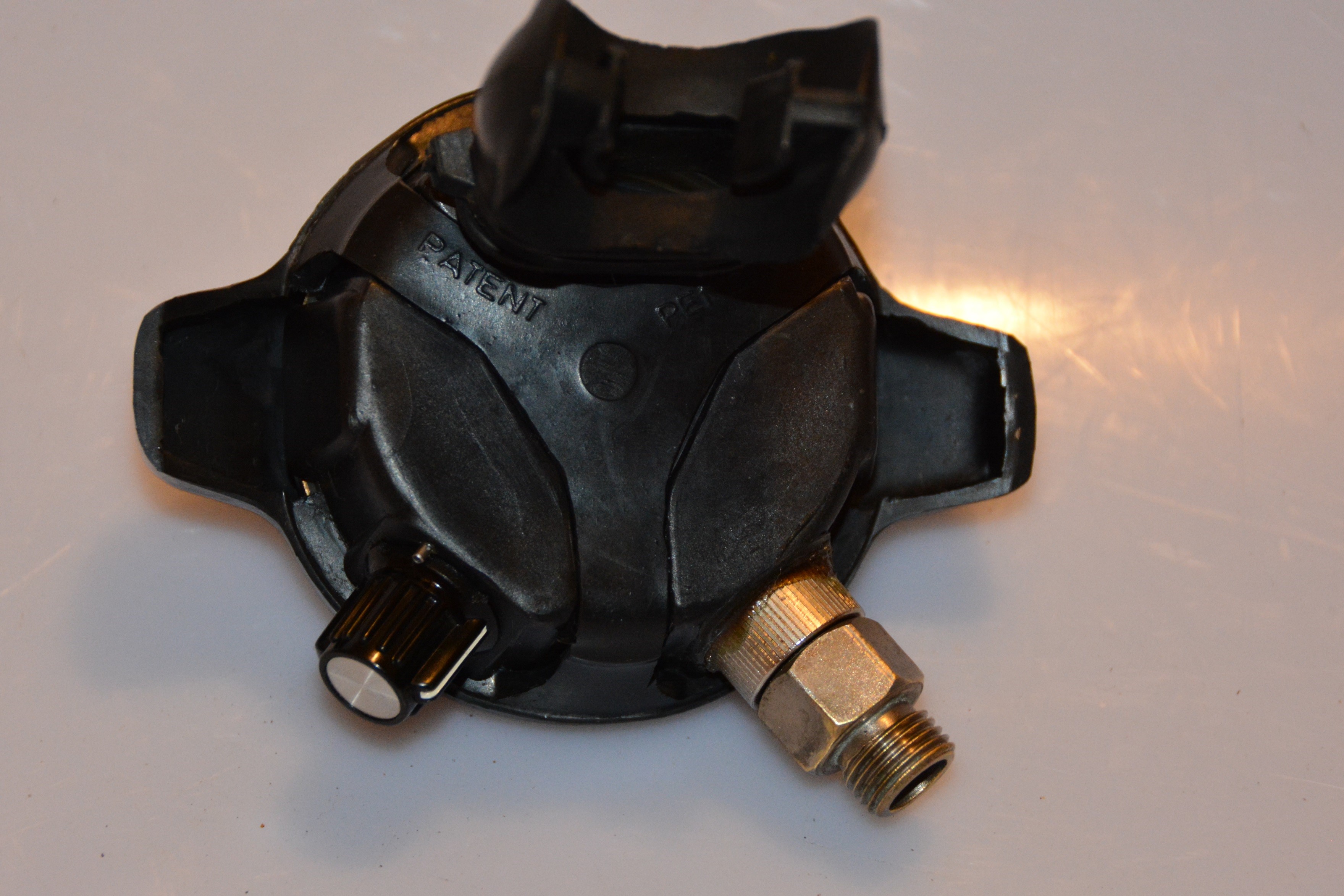 The last 2nd stage to my knowledge was a cosmetic change allowing the exhaust air to flow under the divers chin. 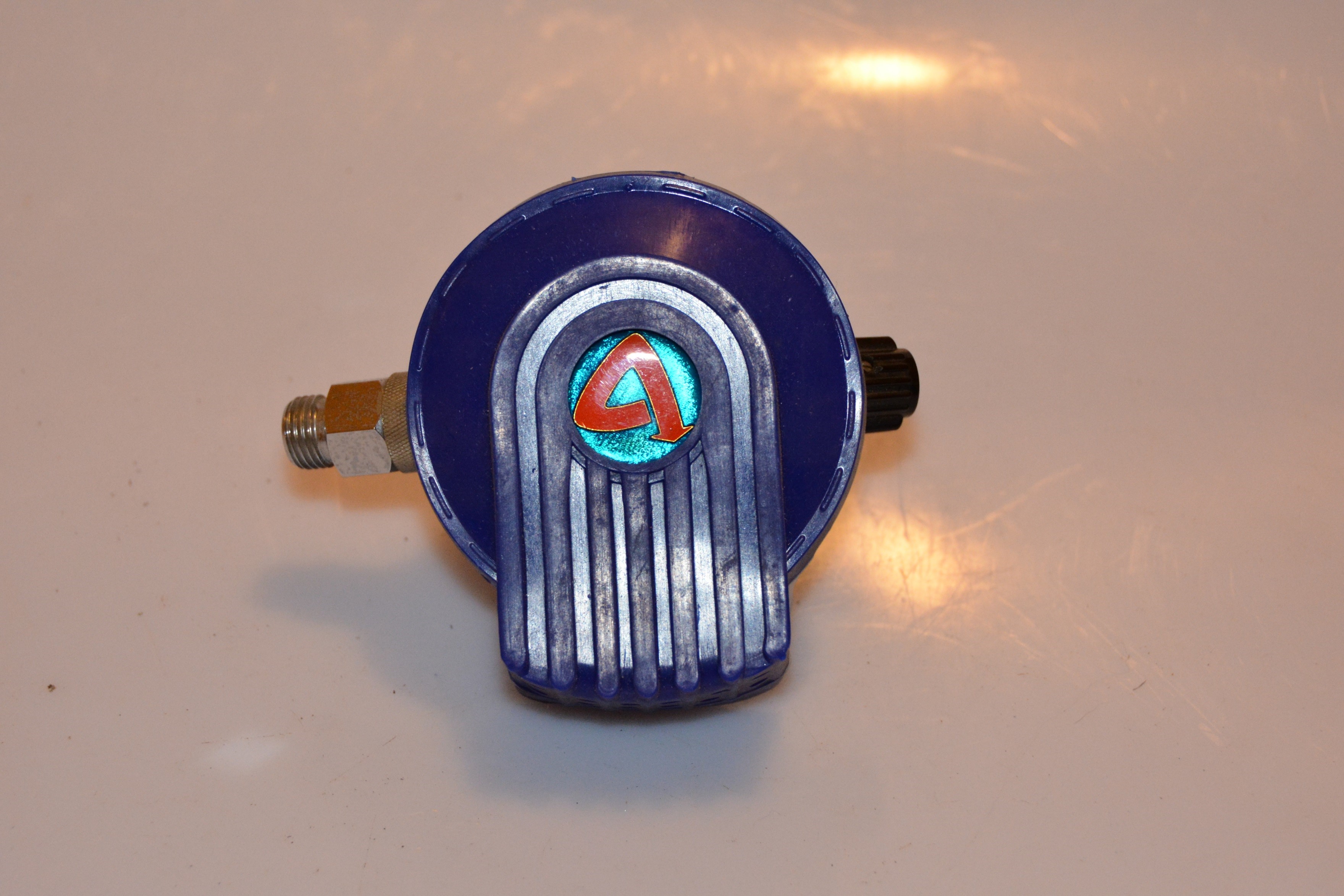 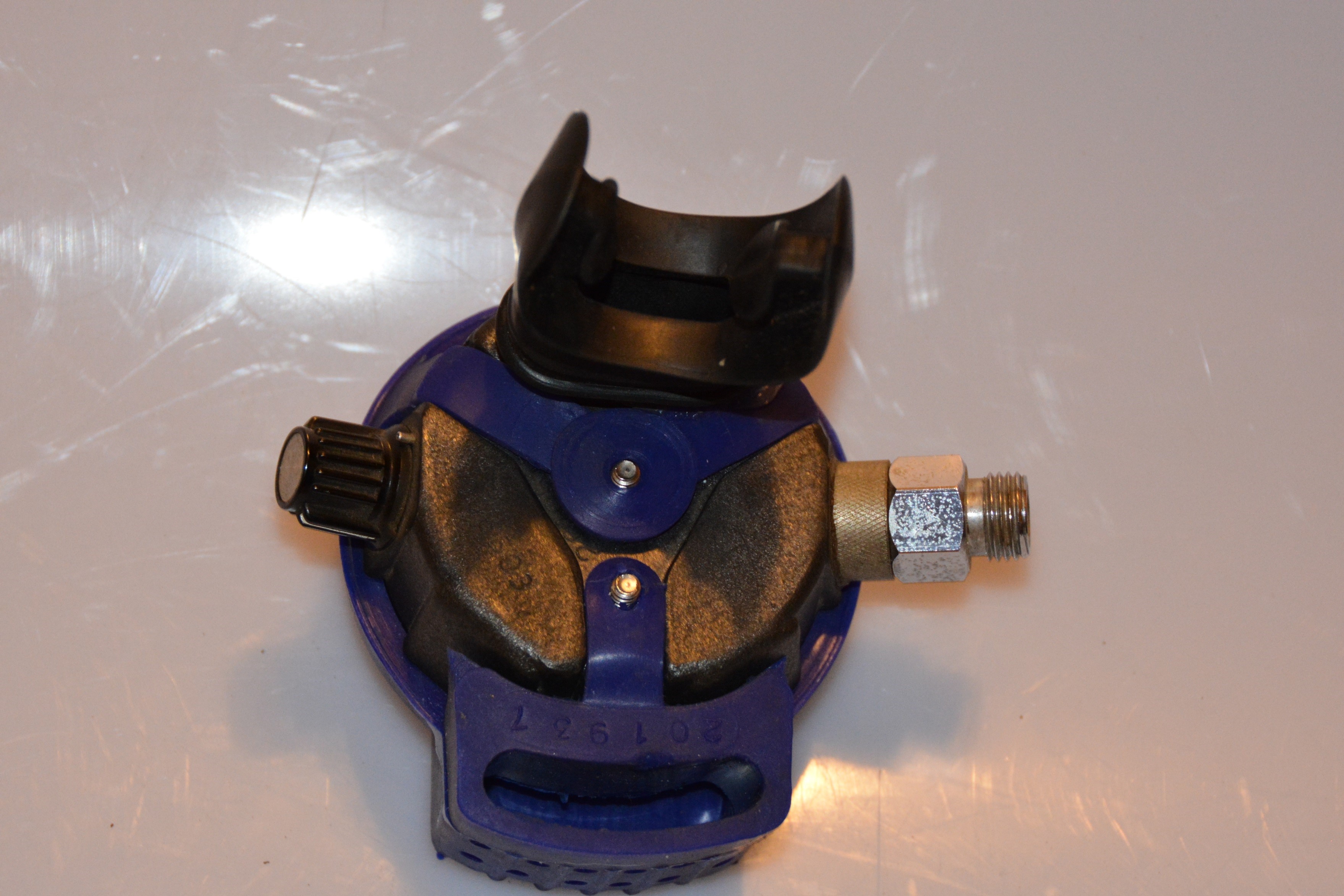 The big advantage of these units was the ability to have your hose attached in multiple positions.
Left hand at 3 or 5 o’clock and Right hand at 7 or 9 o’clock.